Conte Collectibles / Legends of the Silver Screen, Ltd. quietly commenced operation in late 1999, dedicated to bringing to our fellow collectors superbly sculpted, highly animated, beautifully painted and fairly / affordably priced military miniatures. We felt there was 'room' for a new manufacturer who was willing to push the envelope in terms of realism, action and innovation.

Like most of you , I am a life-long self-admitted 'toy soldier buff' and 'history nut". I've collected toy soldiers since the 1950's. I've been a history fan since the moment I walked out of the cinema with my Grandfather after seeing The Vikings in 1958 --still the greatest film ever made! I grew up playing with Marx Play sets , Lincoln Logs , rubber bands and dart guns and was secretly envious of other kids who owned painted metal figures.

We started the business for one simple reason: I couldn't find or obtain the figures which we wanted from the 'big' toy soldier manufacturers. I wanted 'implied motion" and action and intensity and the ferocity of hand to hand combat to be realized in 1/32 scale. We had always wanted 'character' figures or historical figures who actually looked like their historical or film counterparts. We wondered why no toy soldier mfr. was doing licensed 'tie-ins' with Hollywood films. We wanted buildings, terrain pieces and ships which were in true 1/32 scale rather than artificially downsized for cost reasons. We were shocked at the high prices which mfrs. were forcing upon the collecting world. We were especially disappointed with the offerings available to plastic figure collectors & asked why plastic makers were not availing themselves of mold technology which would make their figures more life-like. The two dimensional nature of plastic figures cried out for someone to change things up.

We wondered why the market had to put up with resin figures which often become fragile, break or decompose with time.

We wanted to see figures on realistic 'terrain bases" which no one was doing when we started. We wanted a full scale Viking Ship and Roman Galley & Foreign Legion Fort & WW2 Normandy Church & a full size Alamo... We wanted to try our hand at recreating terrific paintings in miniature 3 dimensional form. We wanted to see heroes like Kirk Douglas, Charlton Heston , Gary Cooper & Mel Gibson recreated and paid tribute to in toy soldier fashion. Saying 'thank you' to our childhood favorites from films and real historical personalities was of importance. We also questioned why ALL of the big corporate toy soldier companies made ONLY metal product and failed to address the needs of plastic collectors and decided that we would attempt to make soldiers for both sides of our 'industry'. We asked why the few plastic mfrs. made two dimensional figures when the technology available allowed fully round 3 dimensional soldiers to be made...and over time, questioned why poseable plastic figures couldn't be made.

And while looking 'back' at , I also wanted to look forward to the future and to attract a new generation of children to what was basically a declining industry. I hoped we could make product which might entice young minds to experience the joy of military miniatures and of history. In an era where video games and rap music seemed to be the pastime of youth, I wanted to do my best to create a product which just might positively affect a few. If one child watched Spartacus because of our sets based upon Mr. Douglas' classic, we've succeeded ... 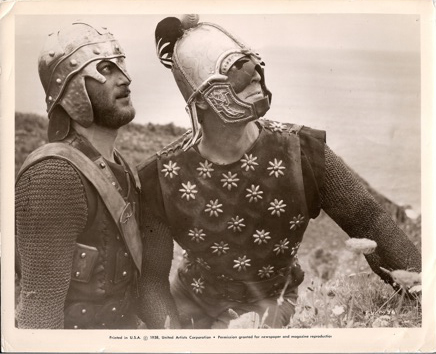 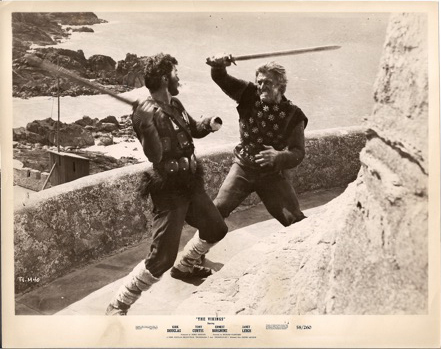 It's been a wild, costly, often tiring and occasionally thankless ride but it also has been exhilarating and rewarding in ways which I never could have envisioned. I never had any idea of how many terrific friends were 'out there' in the collecting world and wanting the same sorts of things which I wanted when it came to toy soldiers. I also never conceived of the experiences(good and bad) I'd have dealing with Hollywood stars, their heirs, their agents & lawyers & the various studios & some mighty talented painters. I could write a book(well maybe a small article!!)

While designing and producing thousands of soldiers for all of you has been a great pleasure & an honor, it's the relationships which I've made with fellow collectors which has been the silver lining in all of this. I've always felt as though most of you would have been my best friend if we had lived near one another in the late 50's or early 60's as we played with our 54mm treasures.

The funny thing about our little company is that everyone seems to think that we are some large corporation with hundreds of employees running around some swanky office. As best as I can figure it this misinformation & perception has happened for 3 reasons: (1) our product has been so sweeping in scope and output that folks assume we must be a big outfit to have 'done all of this', (2) the licensing tie-ins with major stars & studios presumably could only have been accomplished by a large company, and (3) several of our competitors(who had failed to make product like ours) have done their darndest over the years to paint a false picture that we were idle millionaires supervising some vast conglomerate while they were just simple folk having trouble competing against us in a some David vs. Goliath type way. The truth is really closer to the opposite...

I never expected that our entry into the toy soldier market would engender such strong feelings both for & against us. Apparently, the quality of our sculpts and products caused many of the 'big guys' in this industry to take steps to defame us personally and to criticize our product. I specifically recall one of the industry's biggest companies engaging in a campaign of calling toy soldier dealers and warning them not to buy from us....thankfully, they created more 'buzz' about us than we deserved and to their surprise, helped generate some tasty sales by making us better known !! One plastic mfr. attempted to crash our web site/computer system with intentionally sent viruses...(FBI & FTC concluded that the attack had been real and traced it to the mfr.. !!). Perhaps the low point was when I received a phone call from a distraught yet very ethical middle level manager of one of the factories in China who called to tell me that agents of a metal competitor had come to the factory & had bribed his boss into delaying production of all Conte product....

About 2 years ago, one company engaged in an intentional campaign of telling everyone they met at toy shows that they 'knew for a fact' that we had ceased operations!!!!! They did this at the same time that one of their sculptors was calling me & asking me for work! Nice people. And so it continues....

Every month we smile when we receive the inevitable letter sent to the attention of the 'design department" or the 'marketing department" or the "Human resources department". Those of you who know us or have met us at toy shows realize how small we really are and how integrally involved Nancy & I are . Many of you have met our children as they've helped out answering phones or selling at shows. Thousands of you have been shocked to have me answer the phone or respond to your email. The lucky ones have spoken to Nancy!!!

We are 100% family owned & operated....period...I design everything...we work out of our home...we have American sculptors...use American graphics people...American computer people, store & ship from an American warehouse....etc.....all the while competing against some large corporate entities masquerading as American companies while having the luxury/inexpense of Chinese based operations---

We do 'this' not with some quarterly financial statement in mind or with some marketing research telling us what to make next. We produce the figures we want to play with because we love toy soldiers. Always have, always will....

Seven or 8 years back, a real highlight occurred at one of the toy shows when a gentleman --probably early 70's in age--came up and thanked me for producing the Beau Geste play set complete with artwork from the film on boxes and for the reproduced stills included within the set. As he hugged me with tears in his eyes he told me "childhood dreams really do come true ---even if they are 50 years overdue !!" He explained that his Dad had taken him to see the film in the theatre when he was a young lad and that he had dreamed of being to recreate the story with toy soldiers ever since........but never expected to see it.

Our logo of the "Great Snake" is directly based upon the design of a sail of Ragnar's Dragon Ship in "The Vikings". One of my proudest moments was when the great Kirk Douglas approved our using his design as our logo. Our very first piece of stationery was used to write him a thank you and to let him see his artwork in action.

Thanks to all of you who bought a set,visited this web site, passed along a compliment, written in your suggestions or offered some always needed constructive criticism.

We appreciate your support for our Labor of Love more than you can possibly know. All of you make this rewarding & fun and continue to give me the incentive to keep on designing new & exciting toy soldiers for all of us.